The technotrans group, with its headquarters in Sassenberg, celebrated its 50th anniversary on October 1, 2020. Having started out as a family-run business in a garage in the Westphalian province, technotrans is now one of the world's leading solution providers in the area of liquid management. The company is represented at 18 locations in Europe, America, Asia and Australia. 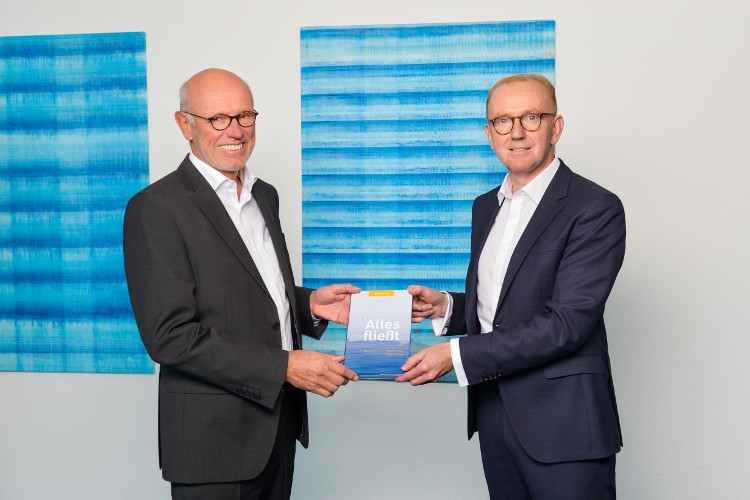 technotrans owes this success in particular to its high level of technological know-how and the continuous development of new industries and markets. Just in time for the anniversary, Heinz Harling, Chairman of the Supervisory Board and technotrans veteran, tells the story of the company and the people involved in it in his factual and entertaining book "Everything flows".

"Future needs a strong foundation and history, as Heinz Harling aptly writes, is the foundation on which every company stands. That is why we are now paying tribute to the successes of the past, while at the same time keeping a firm eye on the challenges that lie ahead," says Michael Finger, Spokesman of the Board of Management of technotrans SE.

On October 1, 1970 Franz Böhnensieker founded the company Böhnensieker Maschinen Konstruktionsbüro (BMK) together with his wife Josy in a garage in Harsewinkel, East Westphalia, and thus laid the foundations for what would later become technotrans SE. Over the next 50 years, technotrans has evolved, driven by a successful management buy-out, into an internationally active, listed group of companies with seven production locations and more than 1,400 employees. The Sassenberg-based solution provider achieved a breakthrough with dampening solution circulators and cooling and temperature control systems for the printing industry. Today, technotrans is a growth company that operates successfully in numerous other sectors - including the plastics processing industry, the laser and machine tool industry, e-mobility, and the medical and scanner technology.

"We are proud of our successes, which we owe to customers, employees, partners and founders alike. In order to continue to write the history of our company, technotrans will continue to build up its expertise and position in the market," emphasises Finger.

The technotrans history is available in printed form for the first time in the anniversary year: Heinz Harling is the author of the almost novelistic book about the history of the technology company, which was published in July and by no means only sheds light on the successful sides of the development. Harling has accompanied technotrans in a variety of roles for more than 40 years - from Sales Manager and Managing Director to Chairman of the Board of Management and Chairman of the Supervisory Board. The company history entitled "Everything flows" is an eventful story of the path from a garage business in the Münsterland region to an international company, which above all looks at the people behind this development.

technotrans is celebrating the occasion with typical Westphalian modesty - partly in view of the current circumstances. Due to the Corona pandemic, there will be no major anniversary celebration for employees this year. However, every employee received the company chronicle as a gift. "We wanted to give all employees a piece of history, some of which they helped write," explains Harling. The book is also available to the public for purchase in bookshops and online: Heinz Harling, Everything flows - History and stories of a company, ISBN 978-3-00-065682-8.

technotrans continues to grow: Revenue and EBIT increased in the first half-year